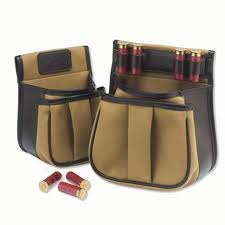 With a combined score of 274, Steve Korin won the combined State Small-bore Championship held August 19-21, 2016 at South St. Paul Rod & Gun Club. His scores of 93  (tied for first with Jeff Kessler) in 20 gauge, 96 (HOA) in 28 gauge, and 85 (tied for first with Jeff Dahlin) in .410 bore were enough to win the combined event by 13 targets. Congratulations Steve, great shooting! Runner-up went to Jeff Kessler with 261, and Mark Fitzsimmons was 3rd with 258.

To decide ties in the top 3 places in these events, there will be shoot-offs, which are tentatively planned to take place at the State Sporting Clays Championship August 25-28.

Drew Benson won the Super Summer Sizzler event with a score of 96; Steve Korin was Runner-up with 95; and there was a 3-way tie for 3rd among M. B. Chip Derickson, Scott Nelson, and Tom Wannebo with scores 92.

In the FITASC event, Jim Noel was HOA with a score of 49/50. Nate Wannebo and Craig Mortenson tied for 2nd with 48.

Notable finishes in Class and Concurrent Class, or both, by South St. Paul Rod & Gun Club Members at this event included:

Thanks everyone for coming out and making this a great shoot!