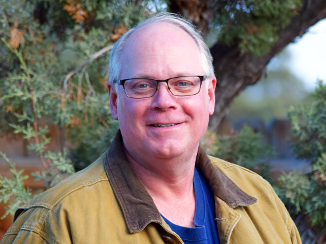 Tim Rossbach starts May 1, 2018 as our new General Manager.

Tim grew up in northern Minnesota, hunting and fishing. During his teen years he developed an interest in guns and had a senior gunsmith take him under his wing, teaching him the ropes of gunsmithing and gun safety.

During Tim’s teenage years he started shooting trap competitively, and he shot competitively for many years. He has continued to grow his gunsmithing and fundamentals knowledge over the last 40 years.

Tim has owned his own gunsmithing and custom gunstock business, has worked as a gunsmith for Gander Mountain, and he ran and grew the long-gun stocks division of Altamont Company, who makes gunstocks for numerous large and well-known firearm manufacturers.

Tim has served on the Board of Directors for two different gun clubs, one in Minnesota and most recently in Oregon. He was the Director of Skeet, Sporting Clays, and 5-Stand at a growing club in central Oregon, a position that he has held for the last few years.

Tim comes from a manufacturing production career background of 30 years and understands the importance of effectively and efficiently growing a business, ensuring it will be successful. The combination of Tim’s production experience and his passion for all things guns and shooting makes him an exciting addition to the South Saint Paul Rod & Gun Club.

Please join us in welcoming Tim Rossbach as our new General Manager!